Searching For Sunlight in The City 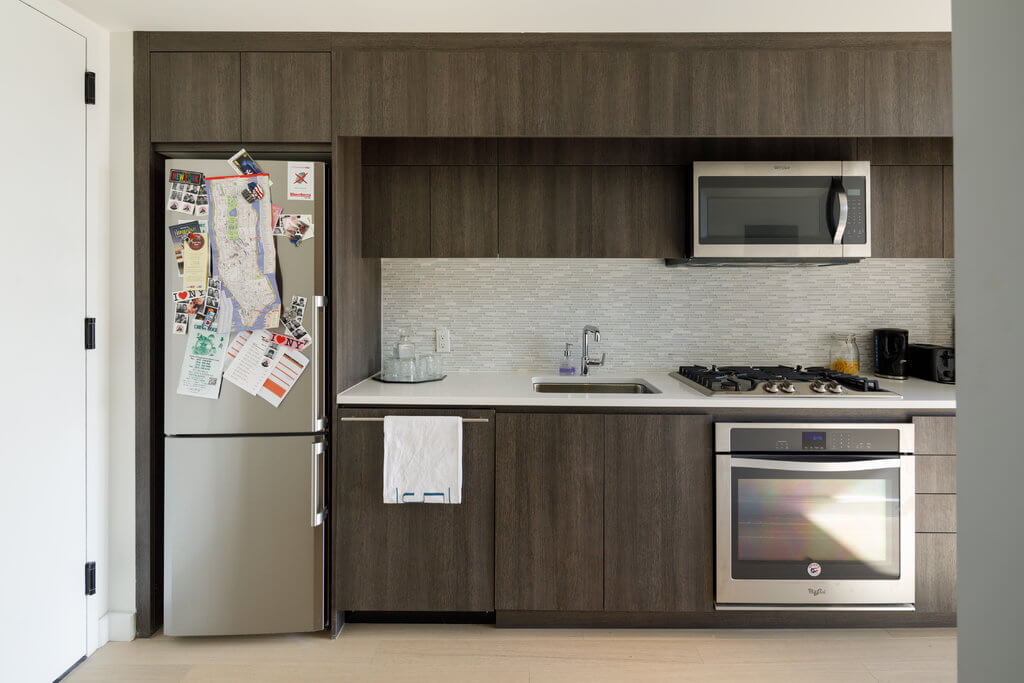 The Original Article Published On The New York Times

A year ago, when Frederik Fredsted Christiansen was sent from his native Copenhagen to New York for work, his company set him up above one of its stores.

Mr. Christiansen, 29, is president of United States operations for Joe & The Juice, a Danish chain serving coffee, smoothies and sandwiches, and he oversees the company’s 23 retail stores here, 13 of them — soon to be 16 — in New York.

His tiny studio on Prince Street had two windows and was hot in the summer and cold in the winter. Also, “there was a wall two meters from the window,” he said, “so there was no sunlight.”

In Copenhagen, “we have big apartments for reasonable money, and we have windows where sunlight is coming in,” said Mr. Christiansen, who at one point managed his company’s largest store, at Copenhagen Airport. “It was really weird for me,” he added, that “I never saw the sun.”

He was surprised, too, by how old-fashioned some things were in New York. To pay his rent, for example, he had to write a check, whereas in Denmark, he said, “you pay everything on the internet or transfer via your bank on your mobile app.”

For six months, the company paid Mr. Christiansen’s monthly rent of $2,300. Once he assumed the payments, he became increasingly eager to move.

With a budget of about $3,000 a month — and sunlight his primary requirement — he began looking for an apartment somewhere around Midtown. In early summer, using StreetEasy, he found a newly renovated one-bedroom with a private roof deck in Hell’s Kitchen, for $3,000 a month. He was ready to sign on.

Then the agent asked if he had credit.

Mr. Christiansen didn’t know what that was. “It hit me that this is going to be harder than I thought,” he said. He had a debit card, but as a newcomer, no credit history in the United States.

“It doesn’t matter how much money you have in your account,” he said. “If you don’t have credit, you can’t get the apartment.”

Still, he told himself, “it’s impossible it’s like that everywhere,” and continued his search.

He soon found a large studio with an even larger terrace in a 2009 boutique condo building in Midtown. The terrace, however, was in the shadow of surrounding buildings. And because of the placement of the apartment’s doors, windows and kitchen, there was little wall space. A narrow hallway, described as a dressing area, seemed useless.

Next, Mr. Christiansen found the website for a new building in Hell’s Kitchen, 525 West 52nd Street. He informed the leasing associate, Andrés Pellot-Ramos, of his desire for natural light, and Mr. Pellot-Ramos showed him three studios. The view from the first two, on lower floors, was partly blocked, but the third unit was higher up.

“He planned it,” Mr. Christiansen said. “Suddenly, I could see the whole city, and I knew right away.”

He also knew that in a brand-new building he wouldn’t have to worry about the heat, the cold or anything else.

“I said, ‘I am going to take this,’” Mr. Christiansen recalled. “And Andrés said, ‘Do you have credit?’”

Since he did not, the building connected him with TheGuarantors, a service that guarantees leases for renters who don’t meet rental requirements, like having a United States credit history or an annual income that meets the building’s requirement (in this building, 40 times the monthly rent). The company has a sliding fee scale, but typically charges around 80 percent of a month’s rent.

“I really wanted this apartment and was scared it would slip through my fingers,” Mr. Christiansen said. He was relieved to be approved quickly by TheGuarantors.

He arrived in the summer, bought new furniture and adopted a dog, Vera. “I am going to stay here for a long time, and it is time to make it feel like a home,” he said. He has plenty of closet space and a stacked washer-dryer.

During his first few weeks, he said, he was awakened by heavy construction at 7 a.m., but now it is not as early or as loud, though work continues on the building’s interior.

Cellphone reception is spotty, he said, but apart from that, “everything works” in the building. And he doesn’t have to write a rent check — tenants have the option of paying online with ClickPay.

One building amenity, a screening room, was especially welcome. “I take my computer to the cinema screen and watch my little brother play on Danish television,” said Mr. Christiansen, whose brother is a professional soccer player. “It is like being in the stadium myself.”

He is used to luxuries like that in hotels, he said, “but not in buildings where normal people live.”

Best of all, he keeps his blinds open at night and awakens to the sunrise. “It’s nice to walk around an apartment where you don’t have to have your lamps on all the time,” he said. “It makes you happier.”